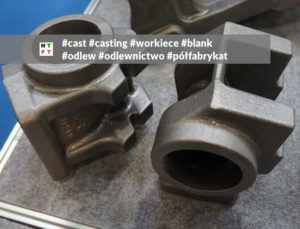 The blank (workpiece) in the form of a cast is economically justified in the case of series production (from 5,000 pieces). This article presents the basics of casting design in the context of further technological operations using mainly machining. The design of gray cast iron castings in sand molded by machine or by hand is presented below.

The design of the workpiece in the context of further technological operations requires identifying which surfaces will be machined in subsequent operations and which will remain in the raw casting state. It is necessary to choose the tolerance class of the casting and machining allowances. In the case of a structural drawing of the casting, it is not necessary to determine oversizes, but for teaching reasons it is worth doing. Below is an example of a blank drawing with marked allowances (additionally highlighted in red) – figure 1 [4].

Fig. 1. Example of a blank (workpiece) design with machining allowances [4].

In the intersection, the machining allowances are a dashed area with double density relative to the areas of objects that do not constitute machining allowances. According to the old recommendations, the surface in the case of the top surface of the object (at the dividing surface) should have a wider allowance (1.5x). Such a recommendation resulted from the fact that the upper parts of the lighter impurities accumulated during the casting process. The increased overspray prevented the occurrence of undesired impurities in the volume of the object as the final product. Modern recommendations do not include such tips.

The choice of the pitch plane (surface) depends on the complexity of the shape. Fig. 1 and 2 show examples of pitch planes on the upper surfaces of the casting. The cast is completely placed in the bottom of the mold. However, it should be remembered that this will not always be the case. It is enough that the blank has two flanges, and then the dividing plane contains the main axis of the object. Each project is considered individually.

The currently applicable technical standard is PN-ISO 8062: February 1997, which allows you to choose machining allowances and tolerances for the dimensions of the cast. Currently, no standard is mandatory, with the exception of health and safety standards and other safety aspects. Figure 1 is the tolerance class CT11 and the level of machining allowances F. PN-ISO 8062: February 1997 in the case of casting in machine-shaped and shell-shaped sand molds, for gray iron, ductile iron and malleable cast iron, tolerance class CT 8÷12 (for large-scale production).

In the case of production of short series and in the case of piece production, casting in sand molded by hand is used. Then, the tolerance classes for gray, ductile and ductile cast iron as well as other casting materials are CT13 ÷ 15 for a clay adhesive. For the chemical binder in the case of gray, spheroidal and malleable cast iron, the type CT11 ÷ 13 is assumed (table 1).

Specific tolerance values are selected from tabular data based on a ranked primary dimension – for each dimension separately. The tolerance field is the sum of absolute values – modules – upper and lower deviations. The accepted deviations, usually symmetrical, are to be within the accepted tolerance.

Figure 2 shows the blank (wokrpiece) design in the form of a cast part of the sleeve class in which the tolerance class CT12 was adopted and the machining allowance grade (level) G.

As a rule, casting for making blanks (workpieces) is used for several thousand pieces when the costs related to starting such production are at the level of economic profitability. Sometimes, however, in the case of short series and unit orders, it is not possible to change the material and make the item from other materials. A cast is required. Therefore, the PN-ISO 8062: 1997 technical standard provides for such situations. However, the economic justification for such choices on an industrial scale is not recommended. 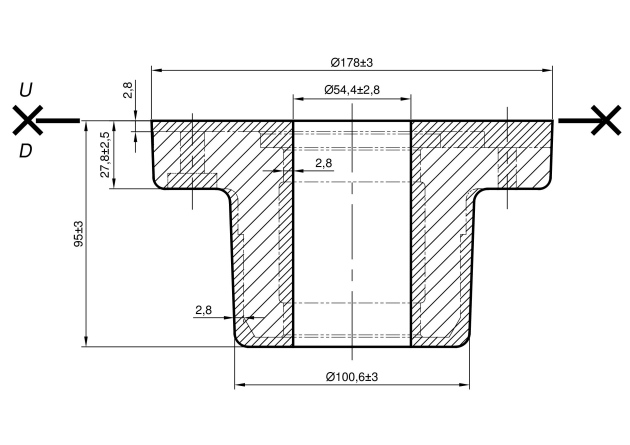 Fig. 2. An example of a blank design in the form of a cast part of a sleeve class. Casting inclinations of 2° were adopted [4]. 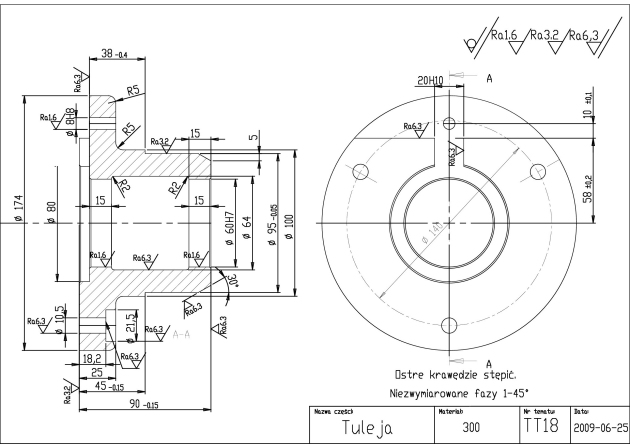 Born 1973. In 1993, I graduated from Technical Secondary School No. 1. In 1998, the Faculty of Mechanical Engineering and Automation (now Faculty of Production Engineering) - Warsaw University of Technology. 1997-2000 cutting tools manufacturer at VIS Precise Products Factory S.A. 2004. Unfortunately, this company no longer exists. PhD in gear technology. Production technologies and technological processes are my passion. 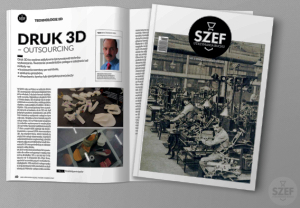